V Is For Vector

A Tale Of Jetlag, A Suitcase And A Very Long Day 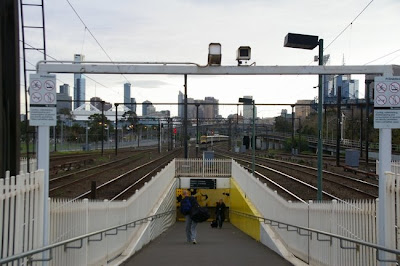 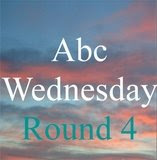 Richmond station here in Melbourne is a major suburban junction that also serves as the jumping-off point for thousands of sports-mad Melburnians. Instead of driving in to the city and trying to find a parking spot, the majority prefer to take a train and then walk across to the mighty stadium we know as the MCG, or Melbourne Cricket Ground.

My first encounter with Richmond station here in Melbourne was an interesting one. It was in February 1985, when I still lived in Calcutta, India. Let me start at the very beginning ...

I was in the Indian commercial capital Bombay (on the west coast) on a long writing assignment, when the phone rang early one morning. It was a colleague of mine, saying I was to drop everything and return to Calcutta. Was there a problem, I asked. No, he said, but I would have to fly to Australia at short notice. Make that very short notice.

It was a Thursday. I had to be in Melbourne by Saturday morning to cover the Benson & Hedges World Championship of Cricket. We're a phlegmatic bunch, us sportswriters. Nothing's too much of a drama. 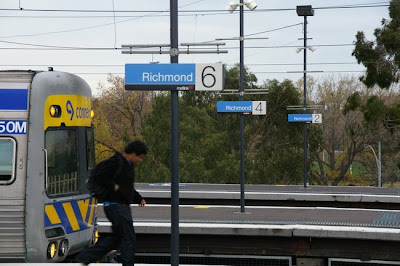 So I caught an afternoon flight and flew across the country to Calcutta (on the east coast) which was my hometown at the time. I went home, packed a suitcase, picked up my passport, dropped in to the office for a briefing and caught a flight with a colleague to New Delhi (in the north). We had to go to the Australian High Commission there and get high-priority media visas. That done, we went to the airport to board a KLM flight, but was told that it was full.

Instead, my boss told us both to get on a flight to Bombay, where my own journey had begun 24 hours earlier, and attempt to get a Qantas flight. This worked perfectly and, having flown right round India, we then boarded a Boeing 747 to Singapore. After a couple of hours in transit there, we caught another Qantas flight to Sydney and then to Melbourne.

Jetlag? We didn't even have time for jetlag. Sleep had not played much part in my life for 48 hours.

But here we were, each with a heavy suitcase, outside a crowded stadium on the opening day of a full-strength international tournament. Someone suggested that we simply walk across the road and ask the rail staff at Richmond station if we could leave our suitcases there. Deep in the bowels of the station we found a couple of uniformed employees who waved away our apologies and said there was no problem at all. Yes, of course we could leave our suitcases there. 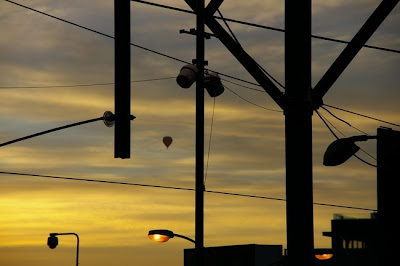 Several hours later, the opening match of the tournament was over - unlike baseball or Aussie Rules football, a limited-overs cricket match was a whole-day affair. Because it was a day-night match, beginning in daylight and finishing under the wonderful state-of-the-art light towers of the MCG, it was close to 11pm when we had finished writing our reports of the game.

We then caught a cab to the city to file our reports and while my colleague tidied up his last few paragraphs, I decided to make myself useful and go to Richmond station to collect our suitcases. I caught a cab and told him where I wanted to go. The driver just looked at me. "You DO realise there are four different Richmond stations," he said with a grin."

Ya live and learn. There was East Richmond, West Richmond, North Richmond and Richmond, he said. Where did I want to go first? We started with East Richmond, where of course I drew a blank. Next he drove up to Richmond, but he approached from a different street, where nothing looked familiar. Undeterred, I found my way (don't ask me how) to the area where the suitcases had been dropped off many hours earlier.

Because there had been a change of personnel, I started to explain to the staff that I had dropped off two suitcases after a long flight. "Yeah, mate," said one of them, "We know all about it. There aren't many journos who fly halfway round the world and drop their gear off here."

It was a less complicated, more trusting world back then, wasn't it? 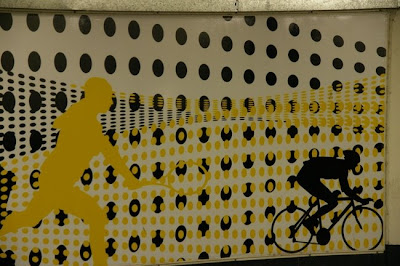 Love this story, David! The flying around Robin Hood's Barn to get to your destination, the confusion of the Richmond Stations, the picking up of the suitcases. The whole thing made me smile.

Whew! I need to sit down after reading that. Wait, I AM sitting.

That was an incredible journey. The tale of trustworthy employees at Richmond station is heartwarming. That kind of cooperative spirit and honesty is rare indeed.

This is a top story, David. What a fantastic life you have had and still have. No danger of moss growing on you.

That's a great story. I think I love the idea of four stations, like a scavenger hunt for your luggage.

having traveled a bit myself, i lost myself in your story. many times i have been left wondering where my luggage is and how it got there. fun story to read, probably a little more fun than it was to live. smiles.

Hi David: If someone in Melbourne brings Christ into their life, would that be called Melbourne-again?

We have a Richmond and a Robin Hood's Bay here in North Yorkshire, so well into this story! lol!

Makes me yearn for the 'back in the day' times of my life. :)

You make me feel exhausted just reading this. Don't know how you can function on no sleep caused by jet lag.
I think in this modern age, security would have blown up your suitcases!

Yeah, these days with all the "unattended luggage" announcements on the rail lines, nothing similar could happen.

I hope the swine flu is over when I get there in a few weeks to catch my first AFL match at the G!

That's a great story, David. And (even though times have changed) it says a lot for the wonderful folks in Australia, doesn't it?

Always a great take retold. Sometimes people surprise you in a good way.

David, this goes a long way in explaining why sportswriters all look like the way they do. oops!-can I say that? ~rick

I'm thinking I need to go take a nap...this one wore me out! You do have a way with a story!
Sandi

Oh, and I meant to say...I once smoked Benson and Hedges primarily...took them over Winston or Marlboro...more fool I...ah yes, those were the days...cough cough...
Sandi

You crack me up!!! Like most, I'm exhausted just reading about your adventures. Now see, I'd never survive that many flights. You know, sinus infections and all! How journalist and frequent flyers do it, I have no clue, and I never will. I'll just stay right here in California and tend to the roses and kitties. God, I sound like a bore! BUT I'M NOT!!! Swear to God!

There are so many hilarious comments here (yes read them all), and I agree with each and every one. I loved Maggie May's "...security would have blown up your luggage." It's funny because it's true! Times have changed. I guess we couldn't stay there forever. Could we?

I'll get your link up as soon as I get the other 30 links restored!!! I know. Can you belive there are only twenty four hours in a day and I spent most of mine today dealing with the Mercedes an the Mercedes mechanic, watering the gardens and lawns, doing laundry, loading the dishwasher, running errands, taking care of the wee ones, cleaning the house, feeding the ferals, etc.? I LOL when people talk about Face Book,Tweetering, etc., hell I barely have time to blog. You're damn lucky your getting this much!!! Why? Because a darling friend on Blogger had a birthday yesterday and I missed it. Completely forgot, but there's always 2010 to make amends!

Hope all is well. So nice to be communicating with you again. And like everyone told you, it's a terrific story. I enjoyed the ride.

Great story! Today your suitcases may not have been so lucky!

On the other side of the mighty Mississippi from Minneapolis, we've got a West St. Paul that's actually South and a South St. Paul that's east. (At least I think I've got that right!)

But you might still be able to leave your luggage in some places in Minnesota. All those Lutherans are pretty decent folks -- and well versed in guilt.

I love your life - jetlag, misplaced luggage and all.

I'm exhausted just reading about it. I love that golden sky shot. My eye was drawn to that hot air balloon.

Wow!
You were a vector...
Sherry

Fabulous story, David! But it made me exhausted just reading it...how DO you do it??? lol

What a tale that is! Trust and honor - hard to beat, for sure.

Amazing story as usual. I must say that sunset picture is stunning.