Supreme Monarch Of The Banana Republic 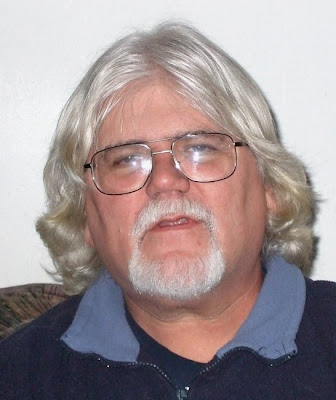 This week's interview is with Cliff,
who writes the blog WIXY's Gone Bananas.

The first of the standard questions. Why do you blog?

I blog because I enjoy communicating with others in a non-argumentative way. I was at one time a broadcasting student, but life happened in the meantime. The communication itch always comes back. I reach an audience that also has something to say and needs someone to say it to. I also reach an audience who motivates me to do my best.

The blog name - WIXY's Gone Bananas was an on air promotion of legendary top 40 radio station WIXY/1260am in Cleveland, Ohio. The promotion was in the fall months of 1973. Before I got into blogging, I participated in a some broadcasting forums originating out of my home area. I chose the name 74WIXYgrad because I went to the WIXY School of Broadcast Technique in the summer of 1974. I kept the name when I started the blog as my first target readership was from the forums. It also helps because I get hits as the result of Google searches for WIXY/1260 and WIXY/100.3-Champaign/Urbana Illinois.

The best thing about being a blogger is that I can touch people in parts of the planet that I have never been before. There are those who have something to say, but don't know who to say it to. I have found those who come to my blog are some of the most unselfish people around.

Be yourself. Don't try to be a clone of others. If someone has an idea you like, fit it inside your personality.

The most significant blog post I ever read was by Ohio Media Watch, written by the blogger who inspired my blogging activities. It was called A New Voice In The Blogosphere, which was the first mention of my blog from another blogger. That got me some attention from other serious bloggers in my home area, which also gave me some early motivation, as I was only blogging for about two weeks at that point.

As far as the most significant post I have written, I would have to give two examples. The first one was also the first to be published an a local newspaper. It was called From The Pressbox: Rittman Band Revue. I chose this one because in it I was able to showcase a group of high school students that comprise the Rittman Marching Band.

They are some of the most respectful, hardest working young people I have had the privilege to working with. The "From the Pressbox" posts are a regular feature during the high school football season. I call it from the pressbox, because that is my view during the halftime shows, since I am the band announcer for Rittman.

The other of the most significant posts was a series I did last winter and spring called I Like .... Because. I like promoting the other blogs on my blogroll and I took the "I Like... Because" concept from motivational speaker Zig Ziglar. I first wrote those to try to lift the spirits of another blogger and it took off from there. 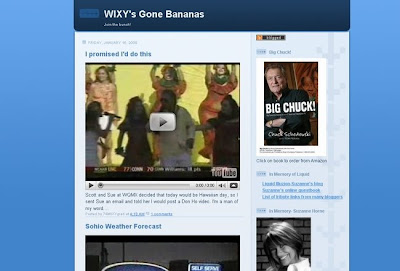 Today's Sunday Roast with Cliff is the 51st in a weekly series of interviews with bloggers from around the world.
Posted by david mcmahon at 1:00 AM

Thanks for inviting me to be a part of the Sunday Roast. I find it very interesting.

Love the sunday roast! glad all back to usual routine here David!!

Not to worry, I'm here

Thank you for the chance to reach a wider audience, David.

This is great David!! Cliff is a great writer, and also a very NICE person. He deserves the shout out!!!

I read the last post Cliff's blog - very thought provoking. And in some cases even true.

Another good interview David. I'm off to visit Cliff.

Nice interview .. a pleasure to meet you Cliff!

I enjoy reading your Sunday Roast. They all sound so interesting....and yet we are all the same in a way aren't we?