I Is For Idiom

Mend Your Fences Before You Go To Woop Woop 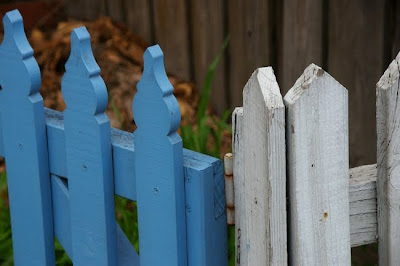 My parents grew up in a generation that learnt Latin and French, which in turn had tremendous benefits for my older brothers and for me. Why? Because we imbibed an understanding of the subtle nuances of the English language and how strongly influenced it is by European borrowings.

I think I inherited my love of language from my mother, who used to read to me long before I learnt how to form words in my own mind. I soaked up language and the way it was used and as I grew, I came to understand and appreciate the history behind common idioms.

But I was a callow youth in my early twenties when I travelled to Australia for the first time, covering a cricket tour in a land that I would one day choose to live in as a young newly-married migrant.

On that first visit to the country I would one day call home, I was already conversant with many of typically Australian phrases, simply because I had read o much Australian literature as a child, in particular the wonderful novels by the English-born Nevil Shute, who came to live in Melbourne and who wrote of this country in such simple yet evocative terms.

But I learnt one great Australianism in Sydney, during the first week of that trip. 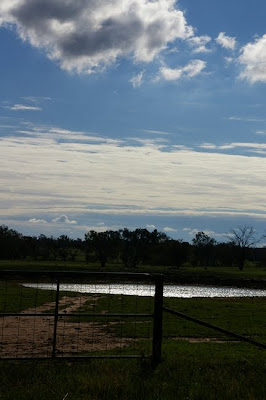 On the way to visit someone, I was told by a local resident who was driving me there that the person lived in "Woop Woop". I digested that information solemnly.

Much later (after I had returned from the visit) my aunt, who lived in Sydney, asked me how my day had panned out. I told her it had been a busy one and as I sat down to a great home-cooked meal, I began to enumerate all the tasks I had carried out, including a two-hour round trip to visit the person earlier that day.

"Where does he live?" inquired my aunt.

I thought my aunt was going to suffer an asthma attack, because she was laughing so hard. When she had recovered her composure, she explained the reality to me.

Woop Woop isn’t a suburb. It’s just a fictional reference to any place that is far away or hard to reach. 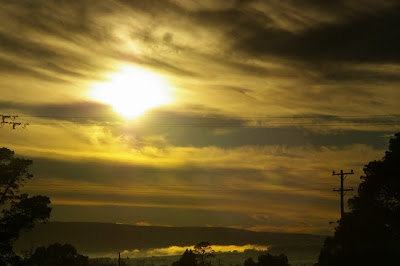 Around here we call it Brooklyn ...

What About The Girl? said...

Yeah, here it's called Greensboro. We have other names for it, but I"ll opt for the clean one. ;)

I think every locality has a Woop Woop.

The Roman equivalent of Woop Woop is a very colorful "in culo alla luna" - up the moon's arse, quite literally.

How wonderful that your mother read to you like that. I do the same with my son, he loves to hear me read in 2 languages. Hopefully it will have the same effect it had on you!

Been there, done that.

Well, actually, I haven't done that. Cos I'm an Aussie. And I know what Woop Woop is.

Thanks, I learned something new and had a good laugh at the same time! My mother-in-law used to say something was "in the dingle weeds" if it was farther away than she liked to go!

each country has these quirky sayings... almost like a language onto itself. it's nice!

This is where I like to visit for a play on words. You never disappoint. We call this kind of place either Timbuktu, the boonies or the sticks. I drove out to the sticks twice last night to see patients.

What a wonderful post, and I loved the images. I didn't realize you hadn't lived in Australia your whole life. I almost moved there in my early 20's with the rest of my friends, but I met my husband and moved to America instead. Amazing how many forks in the road there are.

Funny! We refer to that place as the "boonies" - English is so fascinating because of the variety of idioms used in different places where the so-called same language is spoken. When I took one of my daughters to England, she began a long list of words and sayings used there which were different from "Canadianisms". I also recall when my sister went to Australis for a year and phoned home, we could hardly contain ourselves because not only had she picked up the phraseology, but also the accent!

What a terrific post, David, and I'm still laughing! Around here, like several others have noted, it's the sticks or the boonies. Well, now that I've had my laugh for the day, guess I can have breakfast! Thanks for the fun!

Woop woop...love it!!! Your poor
aunt must have thought you were totally daft...
Oh, how glad I am that I learned Latin and French... so many words I come across nowadays I know what they mean, just because I studied Latin... and know the roots.
Language is FASCINATING. Even woop woop!!

Have you ever heard of BFE? (The last word stands for Egypt? The rest is rude.)

But what I really want to know is this: which Latin word/root does woop woop derive from?

Well I have learnt something today then.
Over here we might say Timbuctoo.
I like that blue fence. My daughter has a similar one & has just painted it blue!

Woop woop is soooooo much better than the phrasing we use here in my part of the world. Bum F@#k. That's what we call it. Crass.

Darn, you never know what you'll pick up in these parts. You just gave my little town a nickname.

In many ways it is the Capital of a country that is "Woop Woop". Have you ever tried to reach a responsible person there by phone or any other means? They are all Woop Woop.

We just always said the back of beyond, which is hardly unique I suspect.

Idiom is a great word! And your story is so funny!

I learned something new. Here we just say "the sticks".

So funny, thanks for a laugh at your expense!
Here we call it "the back of beyonds", I think.

Such a funny story David : )

David I'm British but my parents lived a number of years in Australia before they had me. I learned quite a few phrases from them which I thought were common but then my friends never knew what I was talking about, like "woop woop". I still don't know what unique phrases I have because they're normal to me.

I didn't know I lived in woop, woop! Ya learn someting new every day.

Timbuktu is our word for this. Because people fascinate me so much, language does too. If I could I would pick up anew language every 6 years. Unfortunately, I live in a country that believed English was the most important language when I was growing up. I wish we had an emphasis on other languages here for students. It is still very undervalued.

Mandarin has me lost and hooked all at once.

Love this post, David. I also loved the idiomatic and humorous repertoire that followed your post. We seem to have a bunch of witty friends in our midst. Daryl, Hilary, The Girl from Cherry Blossom Street, Mojo, etc...all hilarious rejoinders. Thanks for the smiles every one.

I was going to say that I might know the place... then I saw Daryl's comment and cracked up!

Great last shot and commentary as always. (I learned all my Australianisms from Vegemite Vindaloo!!)

Too funny! Striking fence. Incidentally, I always enjoy your poems, as well!

I didn't study Latin but I had brush with Spanish for a while and there is the inevitable Church Latin if one is Catholic. Recently a friend of my family in Ireland visited Rome, and sent me, as a gift, a small postcard album of the Vatican and the Pope. There was a mini-biography of the Pope, in Italian, in the book. To my amazement, I understood more or less every word. I couldn't believe it myself. Although, I have never spoken, written or studied Italian before!

In the ever so sophisticated fashion of trailor trash slang, it's called bum f*** egypt, in cleaner terms you could opt for out in the sticks.

Your post was really interesting and a very witty story. Love your photo at the end. It is so beautiful.

Oh, I love this post and I love the different fence posts David! I, too, live in Woop Woop, and it's called Kinston, North Carolina.

Interesting that idiom and idiot (the wqay one feels when doesn't understand the idiom) are so close in the dictionary. Very entertaining.

Hahaha! Idioms will always catch the non-native out! LOL!