Many Things Blossom In This Word Garden 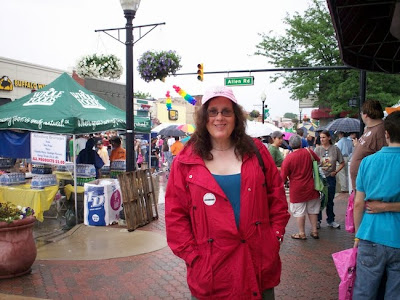 This week's interview is with Shay,
who writes the blog Word Garden. 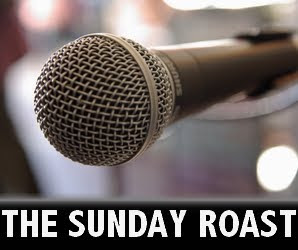 Here's the first of the standard questions. Why do you blog?

I started the Word Garden simply as a place to post my poems in an attractive manner. I compose longhand, in notebooks, and the blog gave me a way to organize my work by using the labels. I never really expected to have many readers, and I don't, but the ones I have mean a great deal to me.

I started my second blog, Objets, D'Art, to give myself an outlet that is less formal than the poetry blog. I invented an alter-ego, Barbara, who is a materialistic, conniving, social-climbing, shallow nutcase. I adore her, and have great fun writing in character. Also, she can spout off about things that I never would.

Word Garden is pretty self-explanatory, I think, especially when taken with my screen name Fireblossom. Objets D'art denotes small treasures, and is also sort of pretentious sounding. On purpose.

The best thing is the friends I have made through my blogs. I never dreamt that I would make such significant connections with people because of blogging.

Blog for yourself. If you try to please everybody, you'll just drive yourself insane. It's YOUR blog. But having said that, I would add this: don't worry that no one will care about what you have to say. If it matters to you enough to write it down, chances are that there are plenty of people to whom your posts will be meaningful, too.

A November 2008 post by Kristin on her blog Jilli Java and the Garden of Eden, called Old Realities By The Minute. As a recovering alcoholic, sober 23 years as of this writing, I still need to remember how it was, and I often think of Kristin's post, because my story - and many people's stories - are so similar, and Kristin's post paints it so well. 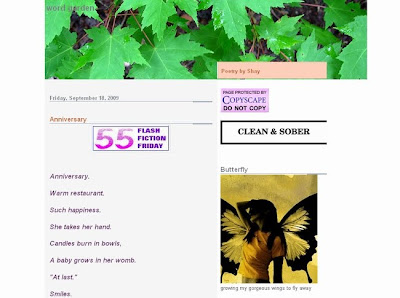 Today's Sunday Roast with Shay is the 84th in a weekly series of interviews with bloggers from around the world.

Thanks for this David. I love her blog. Her poems are more like little stories and so potent.

Hip hip hooray, its Shay ..aka ..Fireblossom .. the best poetess in blogdom ... if you dont know her, go visit her and get to know her .. she rocks!

To read her is to love her. Shay is stellar!

What a great surprise! I'm a Word Garden follower and enjoyed getting to know Shay better. Thanks!

Hi, David!
As usual, it is wonderful to read your roasts!!! I always find delightful new bloggers here!! I wanted to especially drop by to let you know that I thoroughly enjoyed your book! You paint such wonderful word pictures, and your dialogue is, at once, both poignant and thoroughly entertaining! It was fantastic to see your wit shine through every chapter as well!

I also wanted to stop by to let you know that because of some health concerns and issues that have recently cropped up in my life, I will not be commenting as much as I have in the past. My plate is extremely full right now. But you are such a wonderful friend that I wanted to let you know this especially... and to tell you that while I may be commenting less, I am still reading... and you and your family continue to be in my thoughts and prayers! God bless you! With warmest regards, Janine

Thanks for introducing me to Shay!
Ciao Maestro
Lola xx

Thanks so much for the introduction. Being a poetry buff, I'm always on the lookout for new poets. Cheers!

Excellent interview! Shay is absolutely brilliant, and her blogs are not to be missed.

I was fortunate enough to meet Shay on a trip to Michigan this past May. She really does write in notebooks and I saw them with my own eyes. It looked to me as if she is channeling the words to her poems because there were very few cross-outs or erasures at all. I was amazed. Her blog Objets, D'Art is hysterical and I wish it had more readers because it's excellent.