F Is For Footwear

Shopping For Shoes Must Be Good For The Sole 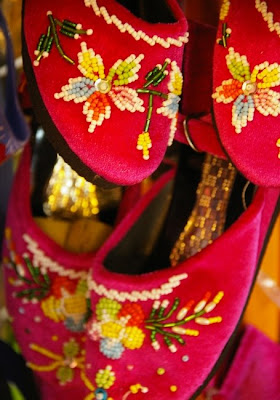 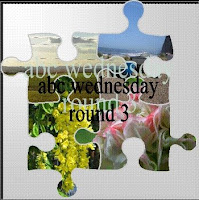 The youngest Authorbloglet - God bless her - is kind of keen on shoes. This is indisputable. It is established in family folklore. But the manner in which this came to light was less obvious to one member of the clan than it was to others.

That member of the family was, er, me.

Some years ago, we were in a foreign land, and Mrs Authorblog and the two older Authorbloglets went off in search of a particular store. Realising that the youngest of our brood would have no interest in that pursuit, Mrs Authorblog told me to stand outside and wait with our little girl.

No worries at all. I revel in the company of my children and they revel (they’ll admit it under duress) in my company. So after about five minutes of fun while we stood outside, I was alarmed when Juniormost Authorbloglet asked to be carried. Did I say "asked"? Sorry, I meant to say "implored".

Something just didn’t add up. This was a child whose idea of freedom was to run as soon as her feet touched the floor each morning. An independent soul, she never asked to be carried.
So with the tenderness and concern that any father would show, I asked what the problem was.

"My feet are really hurting," she replied.

So I sat down and put her on my lap and immediately adjusted the straps on her left sandal and then her right sandal.

She shook her head. She told me her feet were still hurting. So - naturally - I loosened her straps until the sandals were ready to fall off her little feet.

But she told me she was still in a lot of pain. All sorts of thoughts went running through my mind. Was this some sort of mysterious ailment that had suddenly struck without warning?

At this point, Mrs Authorblog emerged with the other two children. Dutifully, I gave her a situation report.

Mrs Authorblog, as most of you would know by now, is a wise woman, a quick-thinking woman and a resourceful woman. She just grinned.

"Do you realise where you’re standing?" she asked, shaking her head at my stupidity.

I was standing in a square in a shopping mall, for crying out loud.

Then, Mrs Authorblog pointed to a shop that was right in front of me. It was a shoe store. "She doesn’t have anything wrong with her feet. She just wants new shoes."

So we trooped into the shop, Youngest Authorbloglet selected a pair, happily put them on and walked - o miracle, o joy, with no pain or discomfort - for the rest of our nine-week holliday.

Clearly, her brain was a lot more nimble than mine. And she was not yet three.

Posted by david mcmahon at 4:05 AM

She's learned early how to get new shoes!

Is her name Imelda?

This is so, so funny, and I can totally relate. My 4-year-old has had a shoe thing since she was 2. My husband is equally as clueless about the whole thing as you were.

LOVELY picture, by the way!

Shoe shopping is a sacred rite for us women. You must know this by now David. And it doesn't matter what age!

And that's why God created moms...they can read their children's minds! hee-hee

My daughter could relate to the shoe-lover in your family;) My WW is Wisconsin Loons.

She is a girl after my own heart!
Loved the subtitle on this post. And the photo, of course!

Love it! Children learn at a very early age how to manipulate us!

Ahhhh the wisdom of women folk!!!
(And shoes, bags, scarves and other bounty!)
a very apt post, should be F for females...

That's children for you, but I have four - three girls...

PS: Did you get our e-mail concerning the roast?

I can never read Emily's mind either - don't feel too bad about it!!

oh that's a priceless story. the love of shoes and the flare for drama at such a tender age!

Oh my feet hurt too. Wil you buy some new shoes, please?

No, really, they do, and those slippers in the photo look very comfortable.

Fantastic FOOTWEAR!
David, I like this red colour its so very artistic, also a wellmade shot. Happy ABC ,

I am showing different all "face's" for ABC-wednesday, and I hope you like them, visit: www.joannwalraven.blogspot.com

What about these These high heels

I had to read this out to hubby. It made us both laugh. The charms of a (not yet) 3 year old and her ability to manipulate a situation (and her father) so expertly is testament to her genes. ;0)

I too have an Imelda that just left for college. :-)

hee, hee, hee! That is young to learn such manipulation. Did you buy some new shoes, too? :0)

It's cute when they're three. the shoes don't cost so much then. When they're 12 (and a boy at that) and the shoes cost $85 a pair, it stops being cute veryda*nfast

But hey, you got a great photo out of the deal na?

Not a girl's privilege, though. My little son loves trying to choose those full-of-details sneakers I hardly say he can really walk with!

Ah, little girls. How well I understand coming from a family of three girls and having two of my own. We ALL love shoes so it must be innate. Great story.

David
May I introduce you to the website
http://www.manoloblahnik.com/

I think you are going to need it.

Lovely shot and choice for the letter. Great and funny F post, David.

What a little stinker! She knows how to get what she wants! I'm impressed. I don't think I've learned that skill, and I'm 31!!

Ha! I love it how you were initially riddled with concern.

I see she got the sneaky side from her dad!

That is such a cute story!

Another cute story and a smart little girl!

That's a wonderful story. I really enjoyed the personal touch.

Silly Daddy. Of course she wanted new shoes! I want new shoes every time I pass a shoe store. I have learned restraint. Mostly.

Mary Isabella and Kiley too! said...

My Granddaughter will shop for shoes for hours. Did I say hours I meant for days and days. (she is only 8)...m.

Sneaky and tricky they can be even at such a young age! :)

Was a resourceful child! I wish I'd thought of that when I was young. Shoes - my favourite subject!

David: I really loved this story. Isn't so typical that mom can read the situation while Dad is clueless to the shopping urge that is so great.

SWEET story, David! =) I just love childrens' innocence (or should I say, "subtleties")!

That's an adorable story. Sounds very much like our daughter at that age!

Womanlly wiles of us ladies kick in quite early in the footwear department. A post with a lot heart and of course a lot of sole.

I have answered the school question and it will show on my thursday post 12.01am GMT. That is if the blogger gods read it's a scheduled post.

Beautiful footwear and a good story "to boot." My contribution is about a special farm that used to located near my town in Coastal BC. I invite you to come see. -- Margy

Loved this story, David. It is so cute. You have done it yet again. I could just picture it in my mind.

This is such a funny story. My 2 year old granddaughter loves Grandma's shoes and the higher the heels the better. She especially loves to wear my higher heels on the hardwood floors and listen to the sound they make.

That child will go places.. and in nice shoes, to boot. ;)

lol! this reminds me of a younger queen of hearts. how much money have i spent because she "just wanted to see how they looked on her feet?"

*i* couldn't say no. usually i'd been seeing how at least four different pairs of shoes looked on *my* feet that very day.