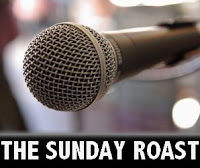 This week's interview is with Daryl, who writes
the blog Out & About In New York City. 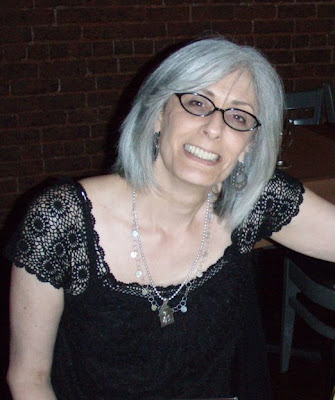 The first of the standard questions. Why do you blog?
First let me say I am a member of the cannot answer a question without a lot of long digressing chatter .. so be warned .. go get something to drink and settle in.

Like many of the others interviewed here I began blogging to show off my photos. I had an idea I might start selling the greeting cards I make. AND my friend Jess had moved to Austin, TX and sent me the link to her blog Violet Crumble and I began reading it and checking out the links she had to other blogs. I thought hey this is neat .. I can express myself and show off my pix.

Well, I got a lot of suggestions about what to call it and why. I wanted to set it apart and make it one that told you where I was. I had a bunch of good names and took a vote ..NO, I didn't .. I should have but I made the 'executive' decision myself. I find the ride to the office in the morning is the time when I think about all sorts of things .. what's on the day's agenda .. meetings .. projects pending .. and I also noticed that I was thinking about the people I saw and that I noticed more about my surroundings .. so it made sense to call it On The M104 .. but Blogger asked for a subtitle and so I added Out & About in New York City .. when I played with the banner I reversed them and it became Out & About in New York City on the M104 which actually made more sense.

Oh the best thing is the people I have met (Bubblewench!!!) .. and will meet in person (waving at ScrappySue who is coming to NY in October) as well as the friendships with bloggers I hope to meet (I was going to make a list but it's TOO long!) and of course YOU, Den Mother David, who stopped by and singled me out for a honorable mention in/on the Post of the Day during the first month I was blogging. I had no idea who you were or what Authorblog was ... Dot at Strolling Through Georgia mentioned it in her comment on the post and I then went hunting to see who you were ...

Join in a meme ... Sky Watch or Odd Shot Monday, Wordless Wednesday, ABC Wednesday are a few I participate in .. it gets you to meet others. Always leave a comment .. and if you have your link in your signature or profile it helps so the blogger you visit (as well as others reading your amazingly clever, witty, informative comment) can return the favor.

There are SO many posts I have read that have touched a chord for me .. but most recently Dianne at Forks Off The Moment has written some political rants I had to praise and link to, from my blog.

Ah, well, I think all my posts are significant .. NO, I don't, I am kidding. However the one I like the most which has the most meaning to me is one of the first Husbandism posts I did .. finding the Toonlet.com site and discovering I could channel my humor and annoyance with my husband (who I totally adore and who is the funniest man I know) in a way that let me vent and that others connected with .. Thanks for recognizing me with this .. and for that first pat on the back. 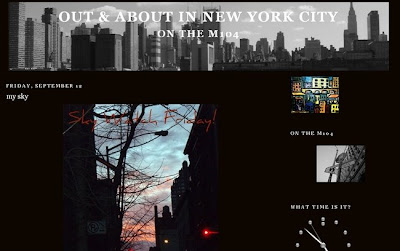 Today's Sunday Roast with Daryl is the 34th in a weekly series of interviews with bloggers from around the world.
Posted by david mcmahon at 2:00 AM

What a great idea : ). Interviewing bloggers. I am going to bookmark your page! Have a great weekeend. God bless.

Oh one of my absolute fave friends I have made thanks to blogging...Daryl just rocks totally

A great friend is Daryl! Well done. Yes, Dot's link came via ABC Wednesday I am sure. A great network eh?

I don't think I've had the pleasure of visiting Daryl but I will now. :)

PS Well I would but the link doesn't seem to be working! :(

David: Very nice job from Daryl, who I know from Sky Watch. She has a great city to take pictures of its life.

I visit Daryl regularly and she IS a wonderful person - so full of life and humour! One day I hope to meet her! :D

Thank you Den Mom for the interview and chance to meet even more new bloggers ...

AND I would add ALWAYS Proof read your posts and then Proof read it again.. this applies especially to Interviews ..

A great interview and a lovely photograph.

Thanks for the interview with Daryl.
She is the Queen of bloggers in my book and a daily must read.

Brilliant interview. Daryl was one of the first blogs I discovered that I connected with. I love her blog. I love her. She is the first blogger I can remember worrying about when something hit the headlines as having happened (a crane fell on a building) and I actually immediately thought of Daryl and wondered if she was ok.

That is when I realised what blogging was about. Daryl has always been a bit close to my heart. (And if she didn't know it before, she does now.)

Great interview as always David. Daryl is one of my favorite bloggers!

I like the header photo on her blog a lot.

I love Daryl's blog but most of all I just love Daryl! She's such a super nice person. She's also very talented and has a great sense of humor.

So good to see you roasted here, Daryl!

For the rest of you, if you haven't read her blog, get your butt over there! You don't know what you're missing!

Ahhh, so THAT is what she looks like, huh? (I love having a face to put to the words). It's a lovely surprise to find Daryl in this place, she is one kick-ass babe, I love her blog and the comments she leaves!

An outstanding interview, but considering who's penned it, how could it not be?

Daryl is a wonderful blogger. Thanks for featuring her! And it's good to see her entire beautiful face here.

I just "discovered" Daryl, so I especially loved reading this interview.

I recently discovered this blog when she visited me after MY roast. I absolutely love her NY pics.

daryl has given my life meaning. i don't think i could bear to go on without visiting her blog daily. except on days i have been horribly trapped under something heavy or held captive by a herd of wild cows. fortunately, this is only on the weekends now.