The Day That I Never Saw

Sunset Is Tuesday, But Sunrise Is Thursday 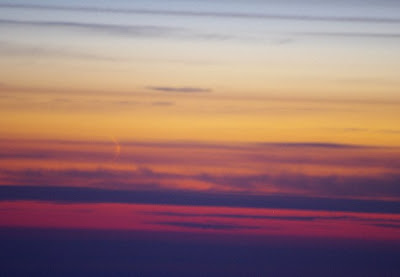 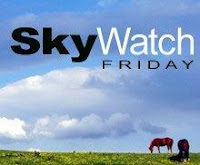 Because there is a time difference of seventeen hours between Melbourne, where I live, and Canada's northern reaches, where I spent the last week at the invitation of Yukon Tourism, the subtlety of the International Date Line can play tricks with us.

But while we gain a day flying to Canada, we lose a whole day on the way back to Australia. Stay with me through this one and I'll explain how. 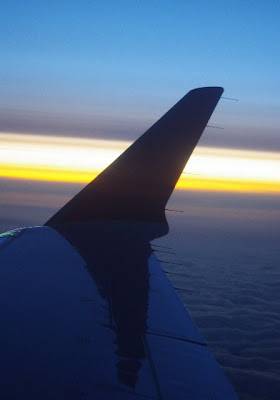 But the sunrise was the start of Thursday, 4 September. Yup, that's right. When you fly from Canada (or the US) to Australia, you lose an entire day. Gone. Disappeared. Never happened.

For the two sunset shots at the top of this post, I was actually sitting on the left of the aircraft, when I noticed the colours spreading across the sky to my right. Luckily there were a few spare seats aboard the flight, so I was able to get my camera and move to a window seat on the other side.

At around the same time, we hit a patch of turbulence and as I was trying to hold my camera steady, the "fasten seatbelt" sign came on, so my photo session came to an abrupt halt. 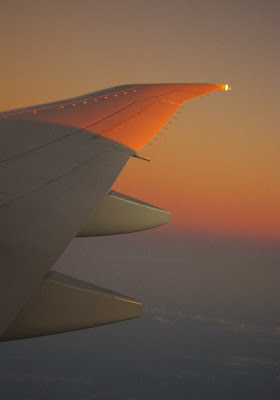 The next morning (above) I was sitting on the right of the Air Canada Boeing 777 non-stop from Vancouver to Sydney, so I was able to take as many shots as I wanted, as the sun rose above the Australian outback.

But I still can't account for that missing day between sunset and sunrise! 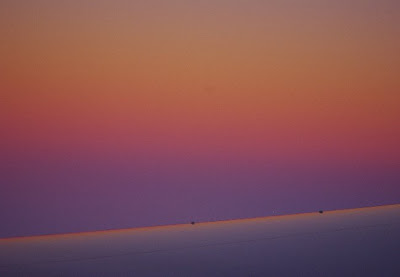 For other participants in Dot’s concept, go to Sky Watch HQ.
Posted by david mcmahon at 4:00 AM

The concept of time is difficult for me to wrap my brain around. One of the most confusing, yet interesting books I've ever read was 'The Time Traveler's Wife' ~ I really had to think hard as I read it! No matter what day it was ~ great pictures!

Don't fret too much about the "lost" day. Calendar dates are an invention, anyway. :)

Thanks for sharing your trip home with us.

Those missing time zones sure can play tricks with a person.When our youngest was born in Okinawa it was the 31st...but when we called the grandparents in the states....it was the 30th.

Those are really nice pictures. Sky pictures from a plane can be so amazing. A few years back my hubby and I were on a night flight and saw a unique moon shot. It was below us and looked like a ball of fire from the reflection of the sun. We as well as everyone around us were conviced we were seeing the beginning of a forest fire.

I have lost those days twice, once on our journey to Siberia, and the other time when I traveled to India.

On both occasions it happened to be my birthday.

I therefore, am two years younger than I am.

And so you havent aged at all this week .. all you gained you lost which leaves you at the negative .. which is a positive thing.

It is a bit hard to get your head round! Still you know what date you set out and what date you got back, so it must have been lost somehow.

Please drop at my SWF post also: in here and here Thanks

Does that mean you're a day younger? Maybe you should pose the question to Stephen Hawking? :-)

You today is my tomorrow while at the same time being the Canadian's yesterday. Only you switched it all around - both ways. It is that simple ;-)

David, something similar happened to us when we flew to Australia from the East Coast of the U.S. years back... Your photos are exquisite! Happy Skywatch Friday! :)

WOW! Nice shots! I have aitplane in my photo today too, but you need a magnifying glass to see it;)

There's a whole novel in that, so many options about what you did with that day, or could have done. Beautiful photography. MH

That is simply breathtaking. Nature is just so GRAND.

Well, you should be glad that you made it home in one piece, after almost losing it ALL to that grizzly! lol Maybe you left your heart in the Yukon?

I always fancied seeing dawn in two places for the same day. Fascinating.

It must be very strange and disorientating to lose a whole day...
Welcome home btw.

Oh I hate when the pilot and his fasten seat belt sign intrudes on photo time.

This concept almost hurt my brain. I was reading the title and trying to imagine how you can photograph something you haven't seen.
Hilarious comment from Merisi!

I can't explain why, but I love to fly...and it's the views from the plane that I love best...when I was younger and broken bones healed better, I was a maverick...I loved all the exciting dangerous things...then God gave me brains along with my first child! Glad to see you home again, as I'm sure your family is! What did Mrs. Authorblog have to say about the bear adventure?
Lovely photos, as usual...made me jealous of the flight, tho!
Sandi

You quantum leaped! Love the colors in these.

You have a super fabulous set of photos, very colorful and beautiful..

You're baking my noodle, David.

Lucky you! Your plain-shots are just awesome!

Amazing sky shots, David! You've managed to capture most colors of the rainbow in these shots.

The lost day makes a good story to tell at gatherings.

Rest well, recuperate, and I'm glad you're back home safe and sound!

We are traveling to Europe in a few weeks and the time change always confuses my children!

Very very pretty pictures. Mine are from an airplane this week too!
Take care

An artist has invaded your skywatch and run amok with his palette. These are simply outstanding and otherwordly

Those shots are gorgeous!

First, these are fabulous sunrise/sunset pictures. My favorite is the last. And while I understand skipping a day, it would sort of bother me to lose a whole day of my life. OCD would be thinking of things I didn't get done that day!

great series of pictures for swf

Awesome, stunning, gorgeous, fabulous....let's see...I can't even find any other words to properly convey the beauty of the series of photos that you have taken! Absolutely speechless!

i think your weekend wandering needs to be....write an account for david's missing day. ;)

Wow, the colors in these are spectacular. There's nothing like having a great window seat ...or being able to move to one.
:-)

Now that I travel with kiddies and they get the window seats, I seem to miss these sites.
Thanks for sharing. Love the shots! And isn't it good to be home?

Ah, yes, the wonders of travelling to and from the US...I love it when I can leave here on a Friday morning, and cruise into JFK New York on Friday evening! That is the best! Of course I always celebrate my "lost" day on my return aboard the aircraft, then I am not lost anymore!

Ah yes, and the funniest thing was the last time I went from Brisbane to New York in June, my itinerary was actually printed with my LA-NY flight listed before the Brisbane -LA flight...cos officially I left LA before I left Brisbane...that was the best I have seen yet...haven't seen them print it like that before! Very funny, but very weird till I discovered what was going on!

I LOVE your photos! Stunning!

you've captured the colours beautifully in these shots.

Thankyou for coming over to mine and leaving such a nice message. I'm intrigued about you new novel, but know better than to ask...It really was inspiring photography. Check out www.findhorn.org they have some beautiful shots of their community, and a new video to boot! MH

That is a very nice shots David. Thanks for sharing.

You lost a day?!! Did you try looking behind the couch or under the sofa cushions?

Beautiful shots as always and another amusing story.

A couple of days I celebrated my birthday. Now I know where the years went--they were sucked into a vacuum at the International Dateline.

Your photos remind of sights I've seen when traveling by plane at sunset. Such visions help us realize how limited our everyday way of looking is.

It's wild how you loose a day!
Your shots are amazing!